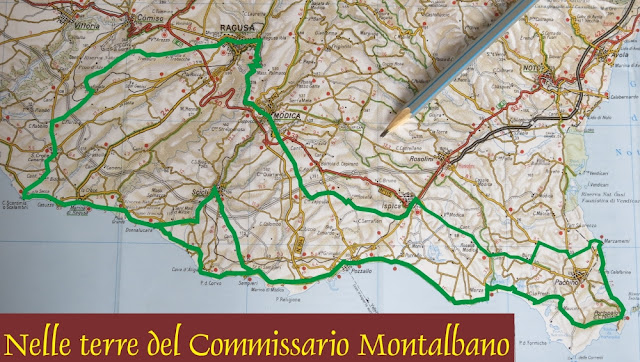 Based on the detective novels of Andrea Camilleri, inspector Montalbano is the police chief inspector of Vigàta, a fictionary town in the fictionary province of Montelusa, Sicily.

In the reality much of the exterior scenes were actually filmed in the province of Ragusa and other sites in south-eastern part of Sicily such as Sampieri, Scicli, Ragusa Ibla, Modica, Ispica, Donnafugata Castle, the port of Donnalucata, Marina di Ragusa, Comiso and Santa Croce Camerina.
This short winter cycling tour aims to revive the spirit as well as the beauty and the atmosphere of Andrea Camilleri books.

15FEB2018: Marzamemi - Ispica: 30km/330m+
Winter seems indeed to be definitely finished over here.
Today the weather is indeed only partially cloudy and magnificently swept at the same time by a rich of spring-flavours crispy wind.
The roads are defintely quite; all around generous almond trees ... a bit impatientely already blooming, whereas complete the scenery boundless cultivations of lemon and orange trees.
After a few kms of a steepy winding road we finally arrived to Ispica in the early afternoon, yet plenty of time for exploring its beautiful center (Piazza Unità d'Italia) and its sorrounding roads. 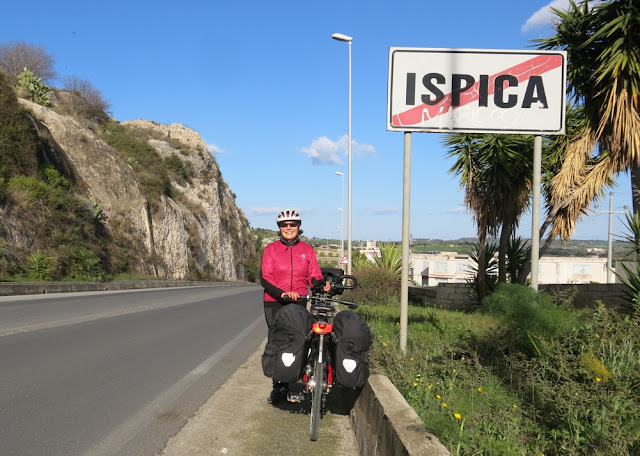 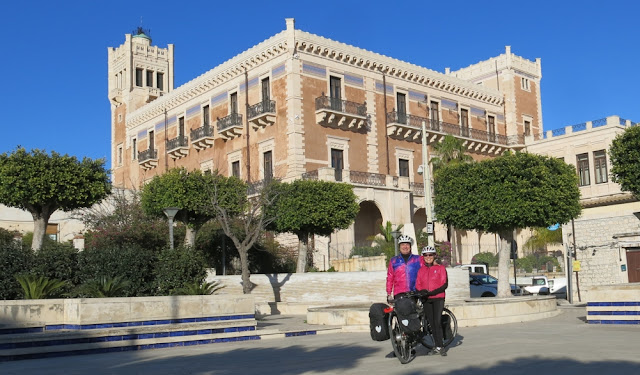 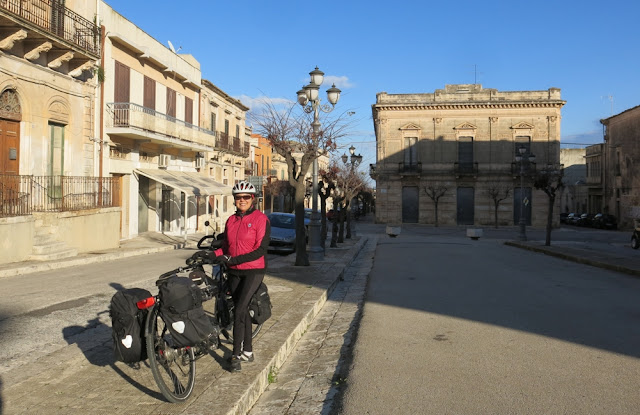 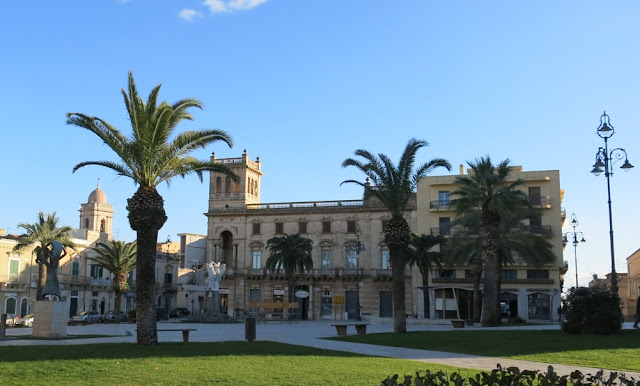 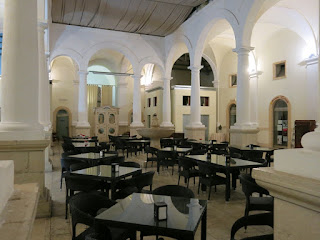 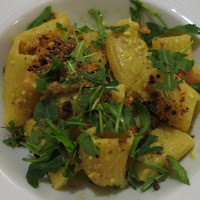 16FEB2018: Ispica - Modica - Ragusa Ibla: 35km/651m+
Leaving Ispica and getting along some minor roads and a few unavoidable stretches of strada statale (SS115) we eventually arrived to Modica by noon.
The outskirts of the town appear unhappily somehow confused and spoiled by tens of buildings with no remarkable architectural consistence at all.
Just a quick visit to the town so far and IMO no worth however for a longer stay.
Leaving behind Modica we then took the direction of Ragusa arriving to Ragusa Ibla in the first afternoon, after some remarkable climbing and under a strong wind.
As opposite to Modica, Ragusa Ibla appears in this period of the year definitely a peaceful place, clean, elegant and rich of notable historical streets.
Always worth to be visited here the Giardini Iblei that from their natural luxuriant plateau dominate the entire valley. 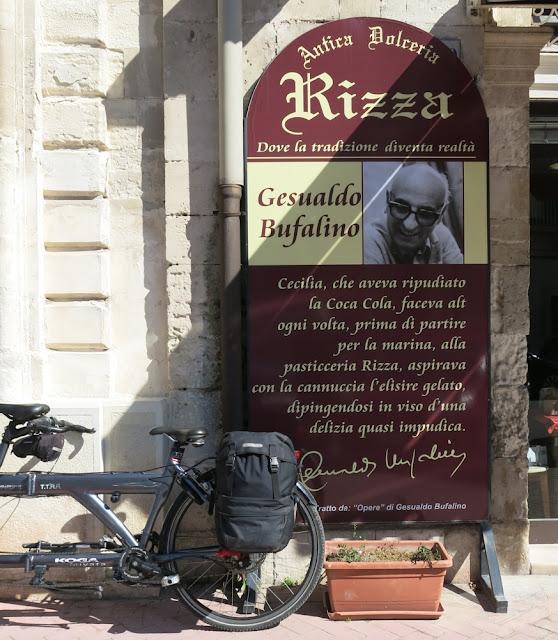 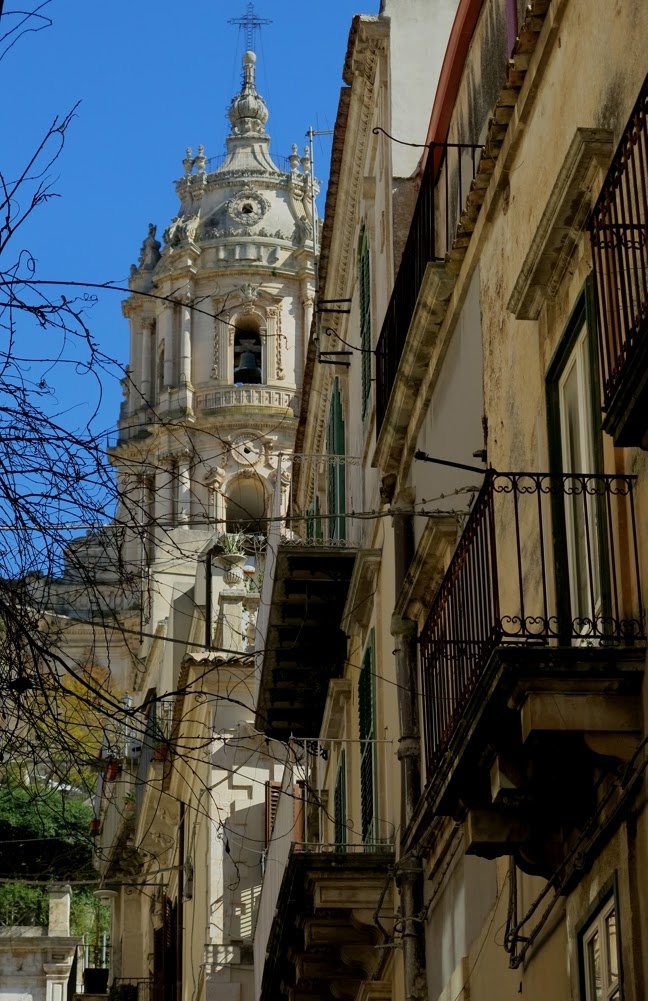 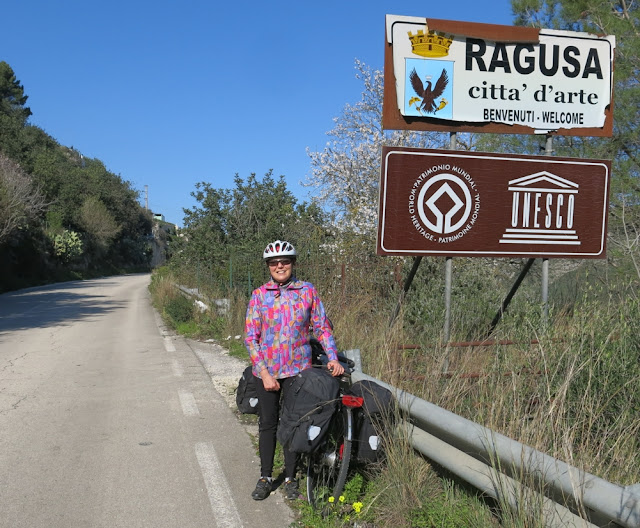 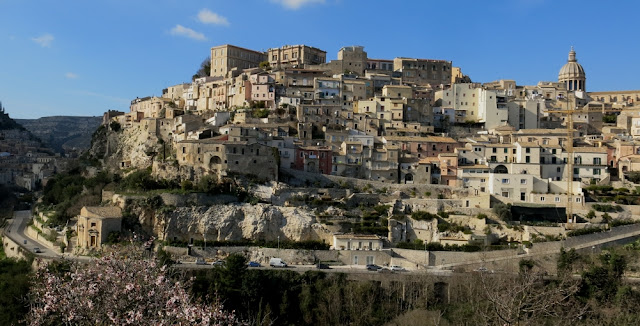 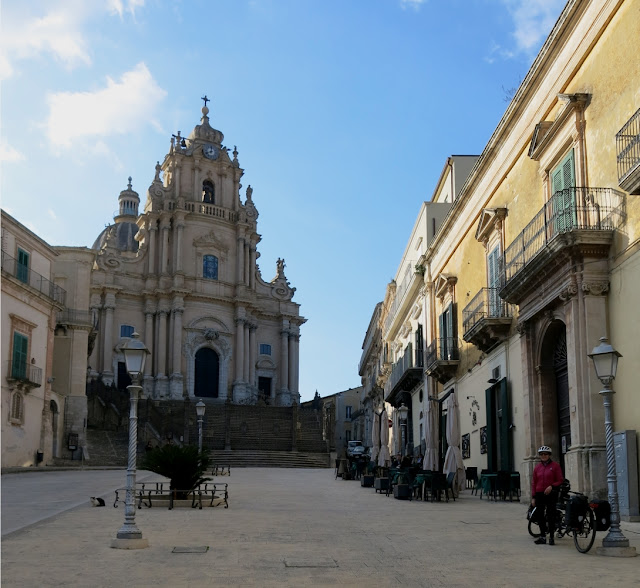 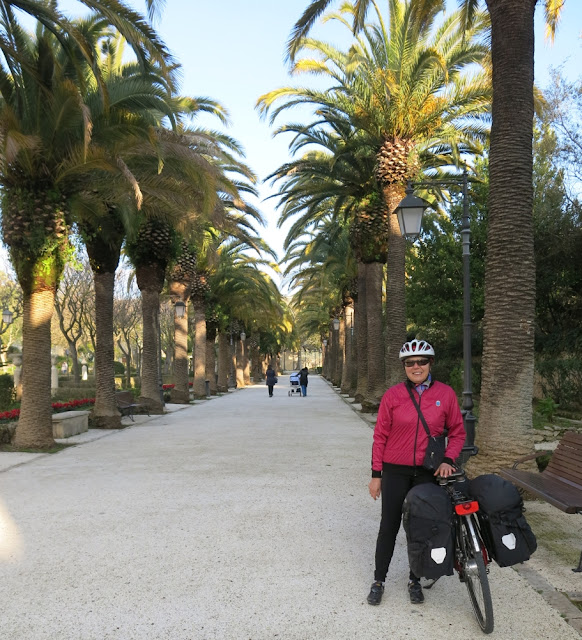 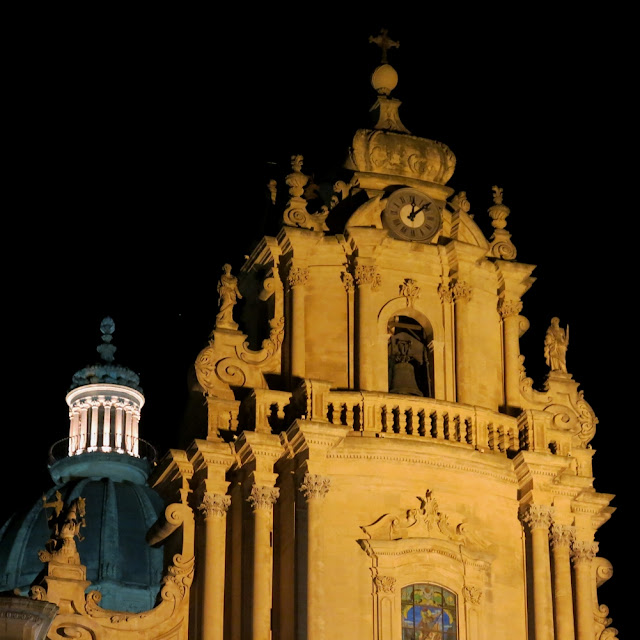 17FEB2018: Ragusa Ibla - Donnafugata - Donnalucata: 57km/447m+
After an excellent breakfast prepared by il signor Giuseppe in the small lunch room of its brand new B&B (Aurà) we left Ragusa Ibla heading for Santa Croce Camerina. For exiting Ragusa Ibla we had first to cross the caotic main town of Ragusa with its interminable industrial and business parks.
Once out of Ragusa and taking the direction for Santa Croce Camerina we decided for a short detour on the right to Donnafugata where we could visit the beautiful castle.
Retaking the road for the coast we eventually arrived to Punta Secca, one of the main sites of the scenes of Commissario Montalbano.
Mostly following some coastal lanes we eventually arrived to the village of Donnalucata where we decided to stop for the night. 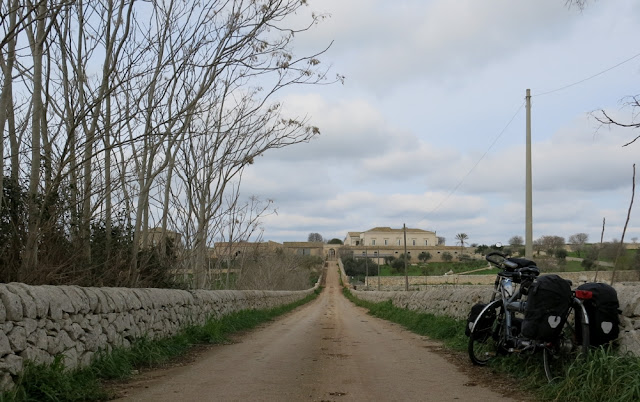 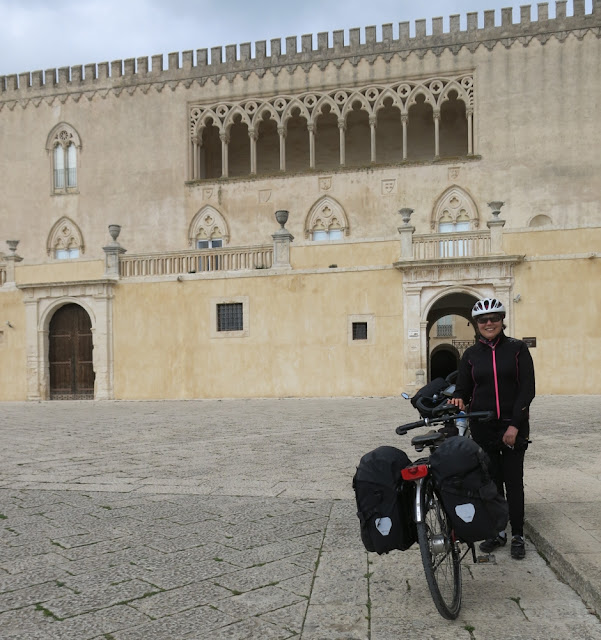 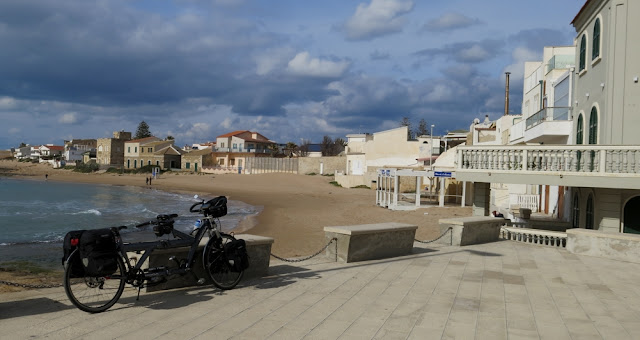 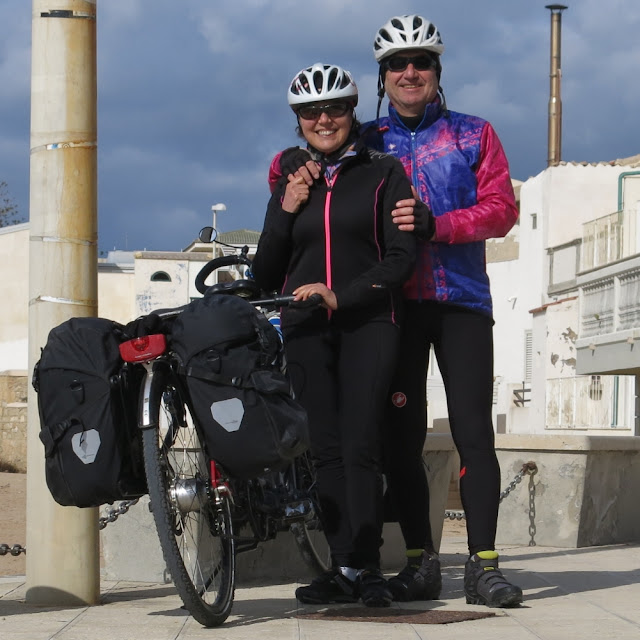 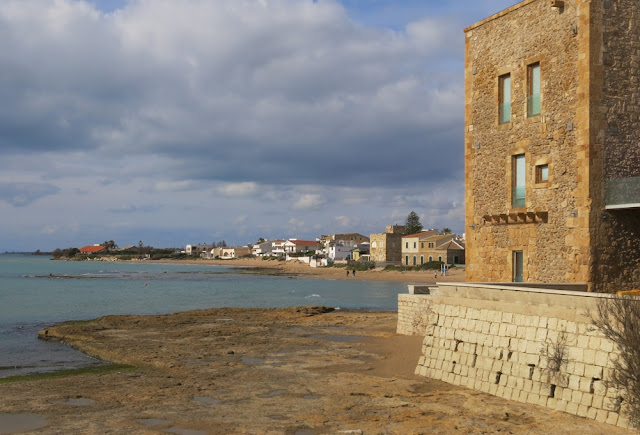 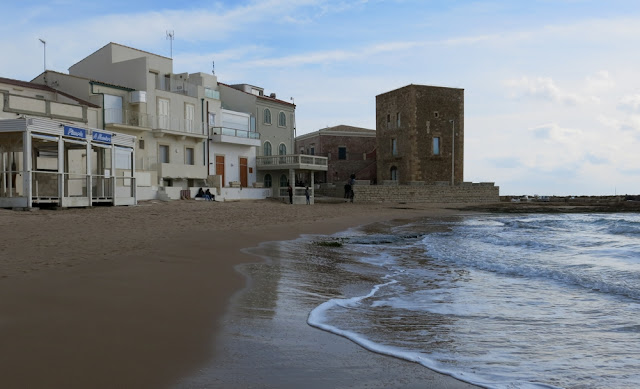 18FEB2018: Donnalucata - Pozzallo - Marzamemi: 63km/350m+
The original plan of today was actually to take the direction towards Scicli, only 7 kms from Donnalucata. Unfortunately due to very bad weather conditions and an initial tyre puncture we had to give up and shorten therefore a little bit the stage.
So, leaving behind Donnalucata under a cold rain, we eventually arrived after a few kms to Sampieri where we could visit the Penna furnace that dominates and characterizes the beautiful beach.
The Penna furnace is a ruin of an old factory (1911) with interesting architectural features and, although abandoned, or maybe precisely for this reason, I must say that we've found it definitely very fascinating.
Worth to say also that it has been used as a criminal scene for some episodes of Commissario Montalbano.
Definitely curious the passage along the "cycleway SIBIT" in direction to Pozzallo where a very well known signpost takes the cyclist exactly to the sea!! 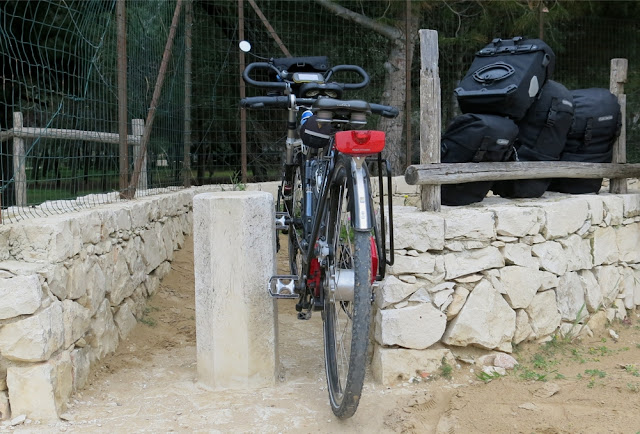 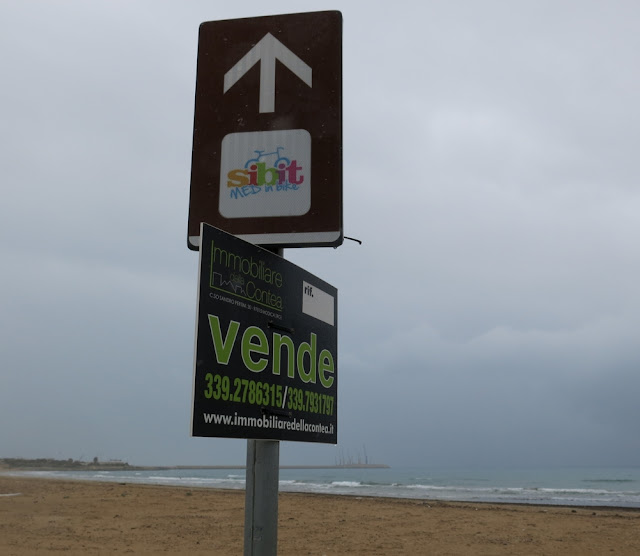 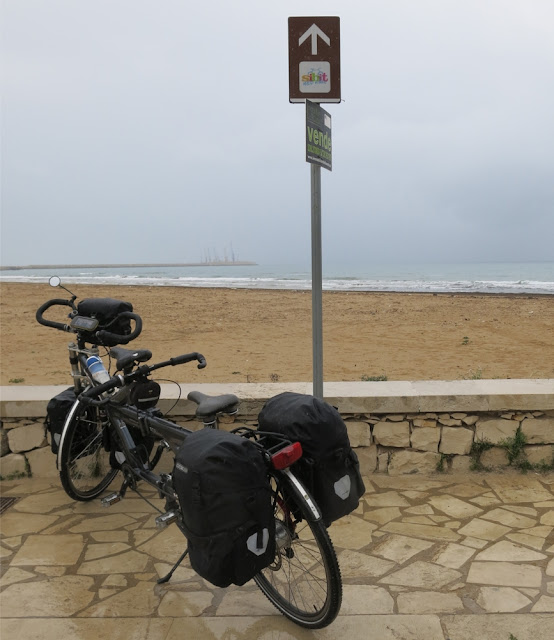 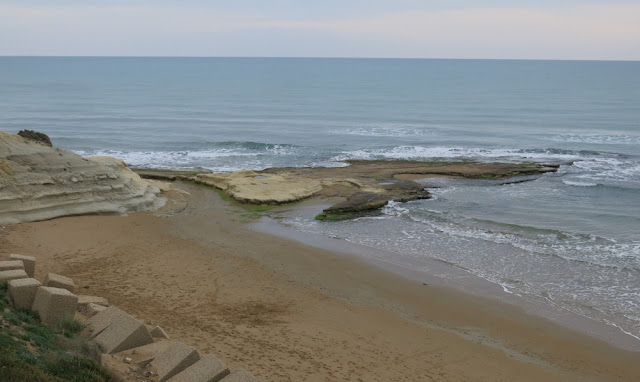 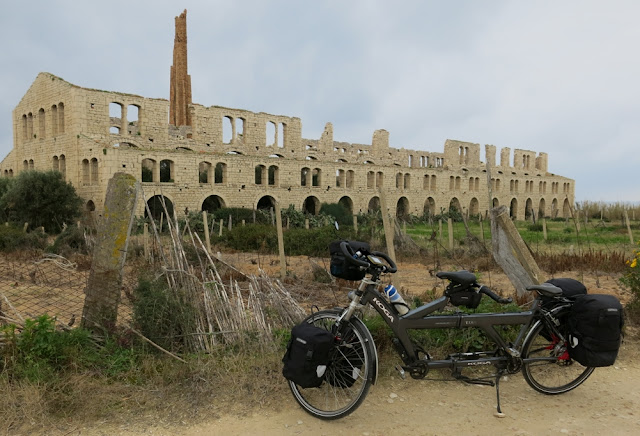 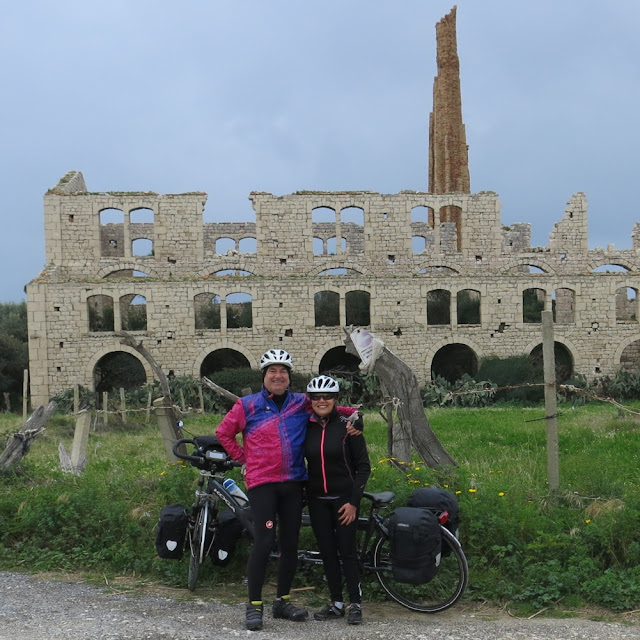 January 2016: to the bottom tip of Sicily

April-June 2012: from Yalta to Budapest through the heart of Balkans